I found this exercise difficult to understand. Not an auspicious start…

To gain a better insight into the effect of a single point I read Michael Freeman’s book on photographic composition and design entitled ‘The Photographers Eye’ (Freeman, 2013).

Freeman explains that in practical terms there are three possible placement zones for a single dominant point within a photograph as follows:

Words that could describe this placement are solid, stable, dull, boring, un-dynamic and static. The eye isn’t led through the photograph.

Off-centre placement is more dynamic, it potentially leads the eye through the photograph. Satisfies rule of thirds.

Close to the edge of the frame

Extreme placement near the edge of the frame requires some justification otherwise it may just appear odd.

Take two or three photographs in which a single point is placed in different parts of the frame. (A ‘point’ should be small in relationship to the frame; if it’s too large it becomes a shape.) How can you evaluate the pictures? How do you know whether you’ve got it right or not? Is there a right place and a wrong place for the point? For the sake of argument, let’s say that the right place shouldn’t be too obvious and that the point should be clear and easy to see. As there’s now a ‘logic’ to it, you can evaluate your composition according to the logic of the point. As you look at the pictures you might find that you’re also evaluating the position of the point by its relationship to the frame. 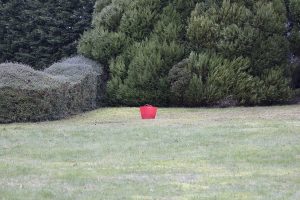 The centrally positioned point holds my attention in the middle of the picture. It’s a real effort for me to look around the image. There’s no energy and I would not look at this for long. 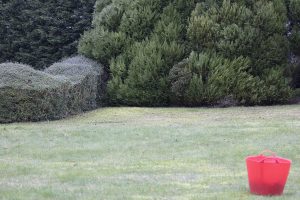 There is little justification for this eccentric position. But it is far more interesting than the previous image and seems to frame the image with imaginary diagonal and vertical lines. 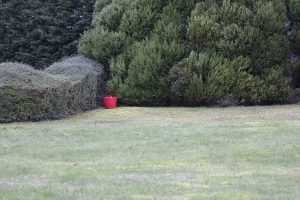 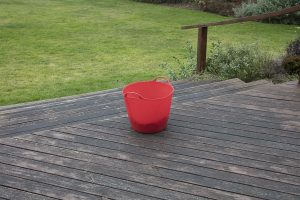 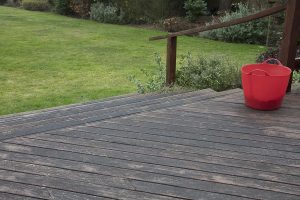 The justification for this eccentric position is that it immediately draws the eyes to the top of the stairs and encourages the viewer to follow the handrail down into the garden.

The route of my eyes 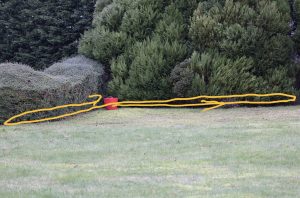 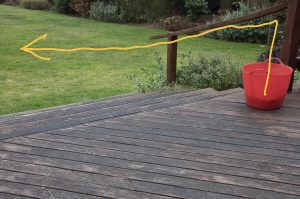 My eyes are initially drawn to the ‘eccentrically’ positioned red bucket. My eyes then travel up the post and down the handrail into the garden. 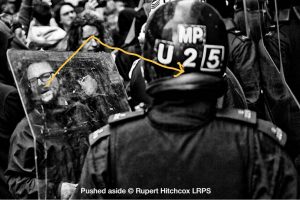 (Hitchcox, 2013) My attention is initially drawn to the guy on the left. My eyes then make a connection with the face above. Those two faces are then balanced by the police helmet forming a triangle. 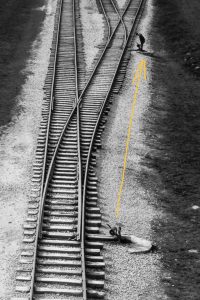 (Merce, 2017) The dominant foreground image of a handle attracts my attention initially. My eyes then naturally follow the railtrack to the man (?) in the background.