Frank was born in Switzerland in 1924 and emigrated to America in 1946. As a result of a Guggenheim Fellowship (the sponsorship application being mostly written by Walker Evans (Nga.Gov, 2009)) Frank spent months touring America. The resultant seminal book, The Americans, was finally published in the US during January 1960. 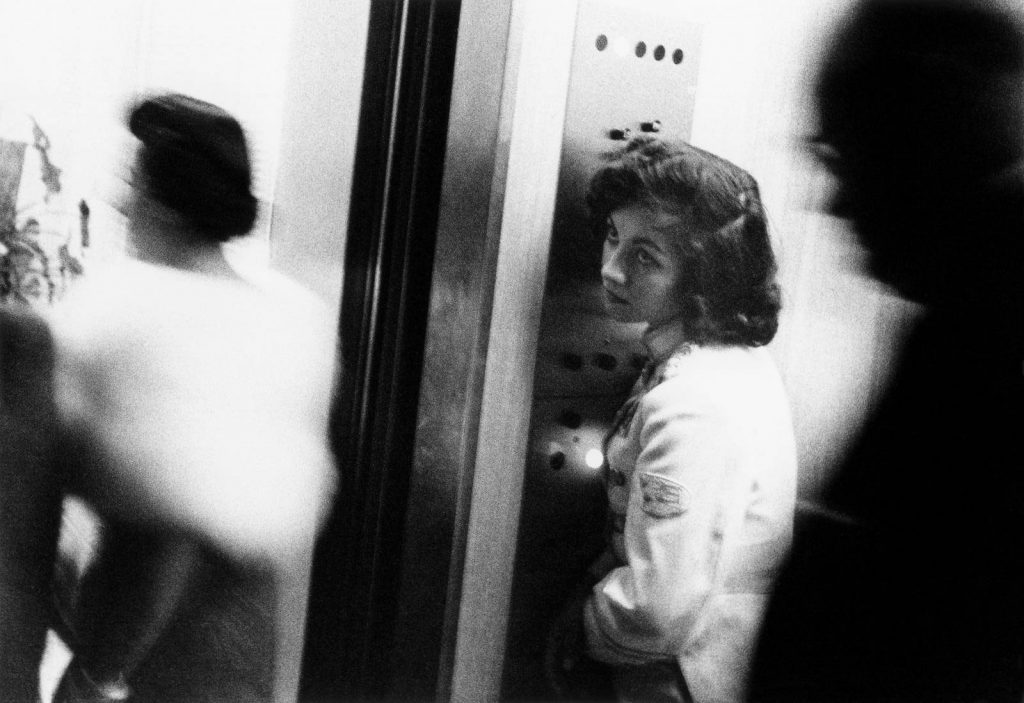 I listened to a podcast of Sarah Greenough (senior curator and head of the department of photographs, National Gallery of Art, Washington) interviewing Robert Frank (Nga.Gov, 2009). What interested me was Greenough’s use of the contact sheets of The Americans and Frank’s thoughts about the layout of the book.

Greenough used the contact sheets to assess the images selected /rejected thereby gaining a greater insight into Frank’s study of American people. She was also struck by how many individually powerful images were rejected in favour of bland photographs. But to Frank the sequencing of the images within the book is more important than the individual images themselves.

Frank’s attitude to the book’s layout is fascinating. He published with only an image on one page, the other being blank. His reasoning is that he did not wish one image to visually influence the perception of the other. Each image was to be seen alone.